So having worked out what the Septic tank is actually doing, the next step was to work out how to maintain it, and make sure it carries on happily doing it's thing.

We knew from general hearsay that it's recommended that the tank is emptied once a year, but beyond that we knew nothing. A hefty amount of research later and we came up with a list of dos and don'ts.
The reason for regular emptying has very little to do with how full or empty the tank looks. As we learnt in the previous post, the anaerobic bacteria is busy doing it's thing, processing your waste. As the processed waste (the sludge layer) builds up, if not cleared out it can cause blockages and interfere with the drain field. So given that a garden full of sewage is nobody's idea of fun, it's best to keep on top of it!
The next big thing to look after is the bacteria in the tank. Without it, the system won't work. So it may sound obvious, but avoid using 'anti-bacterial' products like 'anti-bacterial hand wash'. We don't want to kill this particular bacteria! 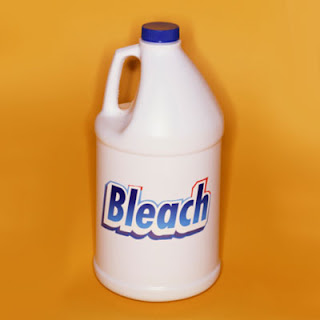 I was worried about using bleach, for the same reasons as anti-bacterial products, but it turns out that although bleach is a chemical that kills bacteria, as long as you don't overdo it you shouldn't cause much harm. This is because when it's diluted with water, it isn't powerful enough to kill all the bacteria inside the tank. Only a high concentration of bleach will damage the septic system.

The alternative, particularly if you're an OCD cleaning type and therefore likely to use loads of bleach, is to use products that are suitable for use with septic tanks. Parozone bleach and Ecover are two pretty easily accessible examples (check the Safety Warning section of the label – it should say ‘suitable for use with septic tanks’).
Girls in particular need to pay attention to this one. The only things going into your septic tank should be the three P's: pee, poo and paper.
My dad would say 'if you didn't eat it, it shouldn't go down the toilet', but I don't generally snack on loo roll, so that doesn't quite work.

So, to be absolutely clear, sanitary products, wipes, etc, need to be binned. If they go into the tank, they can cause blockages in the drain field. The symptoms of that (garden/sewage interface) won't be fun, and neither will be trying to rectify it (digging up pipes). You can apparently get bio-degradable tampons, but I won't be risking it!

Grease and fat can coat your drainage pipes (and soakaways if you have one), and that will effectively waterproof them, making it impossible for your soil to absorb the liquid effluent. If that happens, you'll need to replace those parts of your drainage system.

So, no draining your cooking fat (or oil, or anything else of that ilk!) down the sink. I keep old jam jars etc and drain the fat into those instead.


Don't use your septic tank as a bin. Food scraps can cause the sludge layer to build up more quickly, and vegetable peelings etc are unlikely to degrade. Coffee grounds seem to be a bit of a septic tank myth - they take a long time to decompose and could in theory interfere with the filtration system, but only if left to dry out and solidify, and only if there was a large amount of them, so for domestic use at least this seems fairly low risk.
White spirit, varnish, paint thinners, engine oil, petrol, diesel and any other similar chemicals will ruin your septic system. They also are not easily broken down by soil bacteria and are therefore likely to pollute groundwater.
Condensate from condensing boilers is surprisingly (to me at least!) very acidic and so must not go into your septic tank.

This can happen when water use is unusually high, so spacing out washing and dishwasher loads will help to avoid too much water travelling through the system in one go. 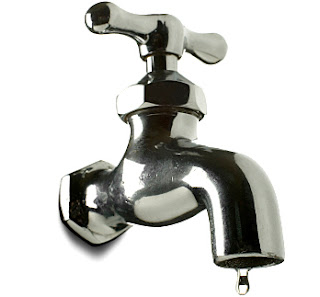 Dripping taps can really add to the volume of water unnecessarily heading into your tank. So replace washers sharpish! In our case The Lodge was tenanted for years, and every single tap in the property was dripping when we moved in, so that was a cheap quick fix.

Rainwater – rainwater shouldn't be going into any kind of foul drainage - it's basically clean, so is a total waste of any cleaning process. For a septic tank, it can again cause flushing through of unsettled liquid. The Lodge rainwater drainage is a bit of a mystery at the moment, but some of it is definitely diverted into the tank, so water butt installations are imminent!

Water saving devices are another good thing to investigate. One thing that we've invested in so far is a shower head aerator. These are designed to mix air into the water flow, so the pressure doesn't reduce, but the waterflow does. There are various types available (we went for an EcoCamel Jetstorm, and it does seem pretty good), they're also good if you have low flow/pressure!

To reduce water usage in toilets you can look at fitting an interflush, which works differently to a traditional toilet flush - it only flushes when the handle is held down, so only uses the exact amount of water required. 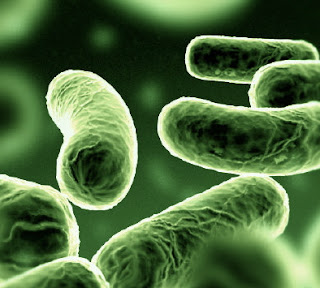 You can buy tablets of bacteria to boost your septic system. Something to consider if things start to get whiffy!
Don't let tree roots get near your system. The roots can damage your drainage field and the tank itself.
Don’t drive over or add any kind of hardstanding such as paving over the drainage field. It is an ecosystem designed to work with grass and other plants, and evaporation is also a key part of the cycle. Given that most of The Lodge's garden is currently hardstanding, this is going to be an interesting challenge for us!